Consumer Continues To Carry The Load

Let’s get the bad news out of the way first. Q1 2016 GDP % growth rate was a dismal .8% and is reflective of an economy losing steam as suggested by the downward trend in GDP as presented below: 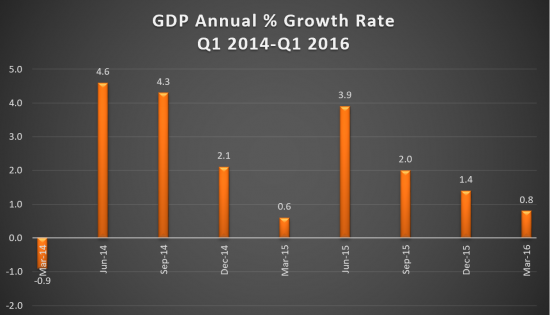 The principal culprit for this weak performance is B2B Industrial output which is being dragged down by persistently low commodity (metals, oil, gas, etc.) prices, a strong dollar, decreasing inventories, weak Euro zone demand and a slowing China. The following chart details the downward slope of industrial demand as measured by the Industrial Production Index, an economic indicator measuring real output of for manufacturing, mining, and electric, and gas utilities located in the United States. 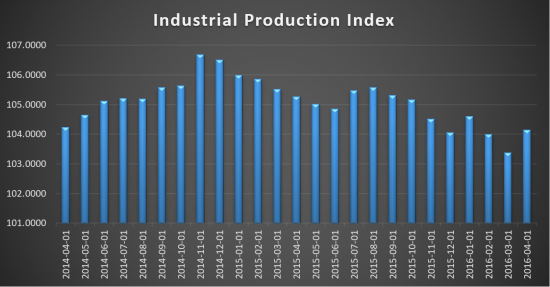 So what is the good news? The U.S. consumer is healthier than any time since the Great Recession. Extraordinarily low interest rates have eased consumer debt service payments and inflation has been virtually nonexistent over the prior 18 months. Additionally, the labor environment remains steady with low unemployment (and an increasing participation rate), a recent uptick in wage growth, cheap imports and declining first time unemployment claims shown below: 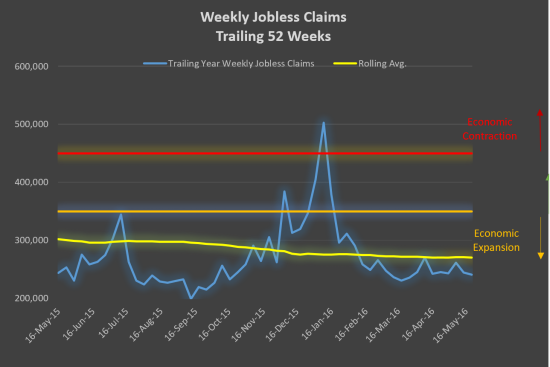 The U.S. consumer is responsible for approximately 70% of domestic economic activity, and thus, given the aforementioned we do not anticipate a recession, although in our opinion 2016 GDP growth will be a modest 1%-2%.