The Fiscal Cliff & The Economy 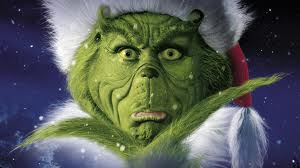 I feel compelled to start this blog with the plea, “Please, don’t shoot the messenger”. I am not the Grinch, nor do I plan on stealing Christmas, but America may be looking more and more like Whoville without any Roast Beast, Who-hash or presents under the tree should our deficit continue to grow.

Putting one’s political convictions aside, we have re-elected a decidedly pro big spend, pro regulatory President who, to date, has shown an inability or unwillingness to manage our finances as so strikingly clear when viewing recent Federal deficits in a historic context as presented in the following bar chart: 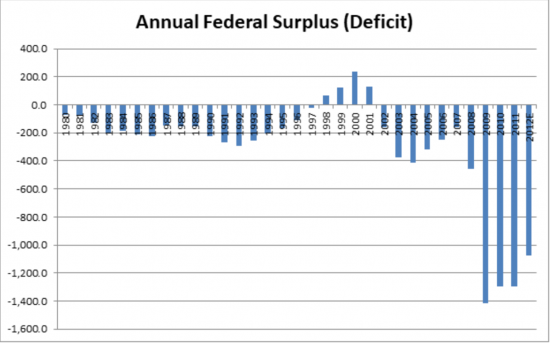 Viewing this graph brings to mind the following quote uttered by the “The Grinch”: “We’re gonna die! We’re gonna die! I’m gonna throw up, and then I’m gonna die! Mommy tell it to stop”. Further, the Congressional Budget Office is estimating a $640 billion deficit for 2013, which, while a substantial improvement over the last few years, is analogous to being crowned Least Ugly Prom Queen (so as not to be accused of sexism, please feel free to substitute King). For sure, the magnitude of recent deficits was exacerbated by the deep recessionary environment in 2008-2009 which reduced tax revenues by approximately $400M in 2009 and 2010. However, since Obama took office, annual Federal outlays have increased a whopping 21%, or approximately $620 billion, as depicted in the following chart: 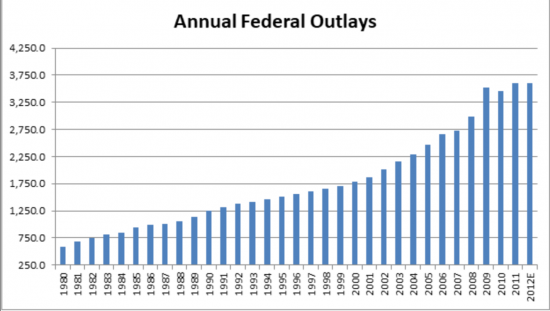 The above chart suggests significant spending cuts, which to be meaningful will necessitate entitlement reform, and should be a major part of any long term plan to balance the budget. Conversely, I think everyone, to varying degrees of enthusiasm, recognizes the need for a two pronged approach of both spending cuts and tax increases to wrestle this beast to the ground. Unfortunately, Obama’s initial budget proposal incorporates $1.6 trillion in tax increases “on the rich” and a mere $400 billion in unspecified spending cuts, each over 10 years. Not exactly a balanced approach. We can only hope Obama is pursuing a negotiating tactic of taking an extreme position with the expectation of compromise.

In any case, the consensus amongst economists is for less than inspiring 2.3% GDP growth in 2013. Even this mundane growth rate may prove difficult to reach unless our political leadership moves to the center and devises thoughtful fiscal tax and spending policies thereby providing a path to solvency and returning all the presents and trimmings back to Whoville.