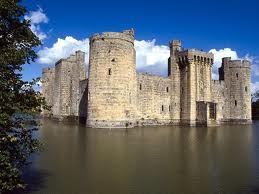 “In business, I look for economic castles protected by unbreachable ‘moats’.” -Warren Buffett

Warren Buffett has long preached investing in businesses one understood, not only in terms of what the business does but also in terms of the predictability of the long term economics of the industry. Accordingly, in assessing the width of the “moat” he speaks to enduring competitive advantages. In sifting through investment targets, Buffet seeks to invest in those rare companies that possess an “economic franchise”. As articulated in Berkshire Hathaway’s 1996 annual report “An economic franchise arises from a product or service that: (1) Is needed or desired; (2) Is thought by its customers to have no close substitute and; (3) Is not subject to price regulation. The existence of all three conditions will be demonstrated by a company’s ability to regularly price its product or service aggressively and thereby to earn high rates of return on capital.”

A “moat” is represented by those competitive differentiators that allow a company to fend off competition and sustain long term superior economics. Companies with an economic franchise possess wide moats and have a better opportunity to protect revenue streams, profitability, and market share. Wide moats are vital to superior returns due to the nature of competitive forces. Indeed, success breeds competition and in time other firms will attempt to invade the market place with competing products or services. As Buffett has eloquently stated, “The dynamics of capitalism guarantee that competitors will repeatedly assault any business “castle” that is earning high returns. Therefore a formidable barrier such as a company’s being the low cost producer (GEICO, Costco) or possessing a powerful world-wide brand (Coca-Cola, Gillette, American Express) is essential for sustained success. Business history is filled with “Roman Candles,” companies whose moats proved illusory and were soon crossed.”

Recognizing the importance of the moat is easy, accurately identifying it and its sustainability is less so. As MicroCap private equity investors, we seek to invest in small companies that possess leadership positions in niche industries. Typically, these companies have a demonstrated moat we believe can be widened over time through management’s initiatives and our involvement. That said, it’s certainly easier to be successful when you have the wind at your back, so we also look for businesses participating in markets we expect to grow faster than GDP. Over the years, MCM has learned firsthand the challenges of participating in commodity businesses and the rewards of investing in wide moat businesses. As Buffet has intimated, and I paraphrase, in a commodity business you’re only as smart as your dumbest competitor, and the success of a commodity business may be measured by the ratio of years of under to excess capacity in the industry.

At MCM, our initial thin slice on any investment opportunity centers on understanding its moat or competitive advantages. These competitive advantages may include a combination of providing highly engineered products, valuable intellectual property, unique process know-how, low cost producer status, unique distribution advantages or supply chain capabilities, or providing application oriented solutions. Further, as a first cut quantitative proxy to evaluating the existence of a moat, MCM evaluates a company’s input costs relative to revenues (e.g., in a manufacturing environment, material cost as a percentage of sales) and the value-add the firm realizes. High gross profit margins or margin over material cost is typically indicative of a customer’s willingness to pay for the value a firm creates. However, while high margins reflect a firm’s historical position in the value chain, they don’t guarantee future results. Forecasting the future is tricky, particularly in industries subject to rapid change (think Blackberry). While still difficult, predicting long term results for a business with a wide and widening moat, operating in a stable industry may be subject to forecast error, but the prediction is likely to be directionally accurate.

MCM’s portfolio company Dexmet is representative of a wide moat business (unique process know how and equipment/engineering expertise) that over years had developed unique capabilities for expanding thin foil and films, with few competitors worldwide. Despite complacent ownership, Dexmet enjoyed outstanding profit margins and free cash flow and was a sole source supplier to many industries. MCM believed that with a reinvigorated management team the Company could leverage its capabilities across other applications some of which were already in development. Indeed, over the past several years Dexmet’s moat has widened significantly as management successfully expanded its intellectual property portfolio and developed new markets, customers and applications. Through its application oriented commercial efforts, the Company provides unique value to its customers and retains its sole provider position in industries experiencing strong long term growth.

When companies do eventually manage to achieve a competitive advantage, more often than not the advantage is transitory and it is a moat’s sustainability that’s crucial to creating shareholder value. Powerful competitive advantages and management’s ongoing efforts to build upon them create a big moat around the business castle, allowing it to fend off intruders and enjoy extraordinary growth and profitability. MCM’s best investments have been in those companies whose moats are not only wide but have widened over time.

For more information on MCM Capital Partners and our Microcap buyout fund and investment principles, contact us today.