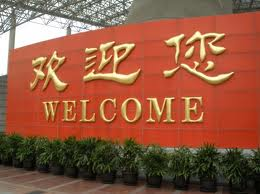 Investing in companies with subsidiaries in China creates challenges and obstacles not prevalent in the United States. Local customs, culture, labor law, commercial law, and taxation, but to name a few, are significantly different as is the challenge of financing middle market companies operating abroad. Over the years, we have been involved with several businesses with international operations and currently two of MCM’s portfolio companies (STACI Holdings and StyleCraft) have a significant presence in China. Our experience with these companies has provided us a great education to the nuances of doing business there.

During 2008, STACI built and launched a world class contract electronic manufacturing services factory. For a small middle market company, doing business in China can be a daunting task and green fielding a factory there isn’t for the faint of heart. While the timing could have been better, given the ensuring economic meltdown, the management team executed the launch flawlessly. During the first year of operation the factory generated revenues of approximately $12 million and has been growing at an impressive compound annual growth rate of nearly 50%. In light of the anemic economic growth rates in North America and Europe, we believe STACI’s outsized growth is attributable to several factors. First, STACI’s state of the art facility is world class and has been certified to meet many global industrial manufacturing standards such as medical and automotive. Second, its operations were built on Lean Six Sigma management principles which in conjunction with its lower labor costs provide a compelling value proposition for its customers. Finally, STACI has implemented a comprehensive e-marketing program, which is now responsible for generating approximately 30% of its new business inquiries. While growth is good, managing it presents its own challenges both from a management execution and funding perspective.

During this period of rapid top line growth, STACI’s accounts receivable and inventory began to increase proportionately. While the company is solidly profitable, much of its cash flow was tied up in funding its working capital increase. Consequently, we began to explore various bank financing options for the company, which due to the company’s lower middle market stature and its foreign operations proved to be more challenging than had it been operating domestically. Due to STACI’s legal structure as a holding company with two direct subsidiaries, one a US corporation (STACI Corp.) and the other a Hong Kong domiciled entity (STACI Ltd.) various collateral and tax considerations impacted its financing structure.

STACI Corp represents approximately 65% of the company’s annual revenues and represents the revenues generated by North American customers. STACI Ltd. represents the balance of sales which are to European and other foreign customers. From an asset based lending perspective, most banks are reluctant to lend against foreign receivables. Moreover, perfecting security interests on inventory and fixed assets in China is also problematic. In addition to the foregoing, another wrinkle resides in the pesky IRS deemed dividend regulations surrounding interest payments of foreign subsidiaries.

Originally, we sought to find a global bank with Hong Kong or China affiliates to provide direct lending to STACI Ltd. to obtain benefit from the inventory and accounts receivable collateral as well as avoiding the deemed dividend. Unfortunately, the challenge of obtaining a loan against the inventory and fixed assets in China proved elusive. Accordingly, we began to explore other alternatives intended to get the foreign sales into the US companies borrowing base.

Following consultation with our legal and tax professionals, the company implemented a strategy which proved effective. The first step of this strategy, which STACI had previously affected, was obtaining credit insurance on the receivables of our foreign customers. Step two was to create a factoring arrangement whereby STACI Ltd. would factor its accounts receivables to STACI Corp. Upon determining appropriate factoring fees and service fees the agreement was put in place. While not satisfying our goal to obtain advances against inventory it did provide additional borrowing capacity to fuel the company’s growth without raising junior capital or requiring additional equity investment.

While perhaps a trivial matter compared to the other nuances of doing business in China, financing growth in that booming region isn’t a walk in the park for smaller companies. Welcome to China.