Here’s A Story About A Shale Named Marcellus 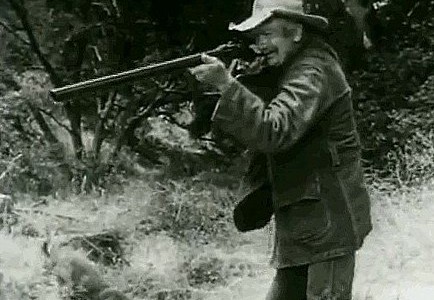 Come and listen to a story about a man named Jed
A poor mountaineer, barely kept his family fed,
Then one day he was shootin at some food,
And up through the ground came a bubblin crude.

For those not familiar with the Beverly Hillbillies, a 1960’s TV series starring Jed Clampett, the theme song introduces the viewer to the world’s most fortunate hunting accident – whereby Jed shoots at game but instead hits “black gold.” The huge oil pool in the swamp he owned was the beginning of his rags-to-riches journey to Beverly Hills. A similar story is brewing in the Appalachian Basin, but its booty will not be shared by one family, it will be shared by millions as the US begins to move toward energy independence.

A year or so ago on the drive back from our portfolio company, Primary Packaging, I listened to T. Boone Pickens being interviewed on Bloomberg radio. The subject matter was the Pickens Plan. Unveiled on July 8, 2008, the plan is a detailed solution for ending the United States’ growing dependence on foreign oil. The year the plan was established, oil prices reached $140/barrel and America was spending about $700 billion for foreign oil, which represented the greatest transfer of wealth in the history of the United States. In his plan, Pickens details a strategy for expanding the use of domestic renewable resources such as wind and solar power and exploiting our abundant supplies of natural gas as a fuel alternative to OPEC oil. After listening to the interview I thought, to myself “that’s great we’ll see some momentum in a decade or so.” In hindsight, I should have paid closer attention.

Last week I attended a Primary Packaging senior management meeting which featured a guest speaker from the plastic resin industry. Our presenter spoke on various topics related to resin pricing, petro chemical feed stocks and the likely impact the vast shale reservoirs known as the Marcellus and Utica reserves will have upon natural gas prices. During the presentation, a few attendees in the audience commented on the flurry of activity they’ve seen underway in small towns dotting Eastern Ohio and Western Pennsylvania.

Later that day, back at MCM’s office I picked up Crain’s’ Cleveland Business and coincidentally opened it to an article titled Steelmakers on alert to meet natural gas push. The article chronicles the $750 million-plus capital investment taking place and job growth occurring in the regional steel industry to support surging demand for tubing headed to the Marcellus Shale region. It must have been my week for an alternative energy epiphany as I subsequently perused an article titled Solar power nearing key price point. The article quoted Mark Little, the global research director for General Electric who predicted advances in thin film photovoltaic’s may provide for unsubsidized solar power to be cheaper than fossil fuel or nuclear generated electricity within 3-5 years. In fact, the article stated the cost of solar cells has fallen 21 percent this year and solar is now cost competitive without subsidies in several regions of the United States.

Akin to the innovation occurring in thin film technology, American ingenuity has advanced from a muzzleloading rifle to a horizontal drilling technology igniting the rapid emergence of gas-producing shale as a major energy source. Immense natural gas resources have been discovered across North America and in the past five years have revealed deposits doubling previously estimated U.S. gas reserves – now estimated at a 100-year supply. The Energy Information Administration recently said the U.S. has enough natural gas to supply its needs for 110 years and some industry pundits have proffered our domestic natural gas reserves may eclipse the energy value of all of the known Saudi oil reserves, and one of the world’s largest shale reserves is in our back yard.

The impact of these advances is huge, not only for national security and foreign policy, but for our trade deficit, state budget deficits, a catalyst for economic growth, energy pricing and employment. Washington now has a viable infrastructure target to support capital projects through fiscal initiatives which will provide real tangible benefits. Infrastructure spending to support natural gas distribution as well as fleet conversions seems more logical to me than building a high speed rail system connecting Cleveland to Cincinnati. That said, there are hunters in the weeds in the form of environmentalists focused on the fracturing process required to tap those reserves, and while fracturing isn’t a new process, appropriate controls and protocols will need to be established to address the potential environmental impact.

America’s dependence on foreign oil is a greater threat to our national and economic security today than at the height of the Arab oil embargo. In 1970, the U.S. imported only about twenty-four percent of our oil and now, we depend on foreign nations for nearly seventy percent of it. This is a serious issue given the recent events taking place in the Middle East and other oil producing countries not particularly friendly to the United States. The largest consumers of oil in this country are passenger cars followed by trucks/fleets that move goods and which account for approximately 12% of oil consumption. Running primarily from point to point, or from distribution center to distribution center, these heavy trucks and fleets consume incredible amounts of fuel while operating at low fuel efficiency. Companies and local governments that rely on these fleets can reduce their cost of operation by using natural gas cluster-based distribution and central fueling locations. CNG technology is well known and there are more than 11 million vehicles in the world running on natural gas. However, only about 130,000 of them are in the U.S.

In President Obama’s acceptance speech at the 2008 Democratic National Convention, he stated, “In ten years we will finally end our dependence on oil from the Middle East.” Not much progress during his administration thus far, but during March 2011, President Obama expressed his support for the Pickens Plan and for the conversion of the country’s heavy-duty vehicles to run on natural gas instead of diesel. In a speech at Georgetown University, Obama highlighted concerns about pollution from natural gas drilling, but said the domestic fuel could help to achieve a one-third reduction of imported oil over the next decade. “The potential for natural gas is enormous,” Obama said. “Last year, more than 150 members of Congress from both sides of the aisle produced legislation providing incentives to use clean-burning natural gas in our vehicles instead of oil. In an important further step, in May the Pickens Plan received the formal endorsement of the NAT GAS Act (H.R. 1380) by the influential House Democratic Blue Dog Coalition and appears to be garnering bipartisan support.

Through innovation we are witnessing a transformative event for our country and much like the Clampetts our lives may be changed forever, although we will have to live without Granny and the mansion.