Running Lean In The Midst Of A Black Swan 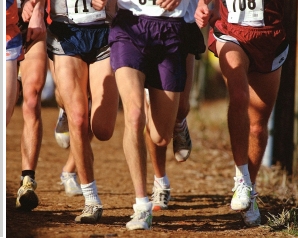 A few weeks ago on my way back from Denver, I was sitting in my comfortable coach seat (thanks to the merger) with a reclined chair falling in my lap carefully trying to maneuver the marketplace section of the Wall Street Journal to read an article having caught my eye. Its title “For Lean Factories, No Buffer” jumped off of the page as we at MCM Capital are big proponents of lean manufacturing and encourage each of our portfolio companies to adopt this business tool.

Lean manufacturing is a management philosophy derived mostly from the Toyota Production System and is renowned for its focus on the identification and reduction of waste to improve overall customer value.  The just-in-time (JIT) system is based on a company buying or making only what it needs to fill immediate demand. Benefits of running lean typically include reduced inventory, improved gross margins, and improved cash flow. When implemented and executed properly, it is an excellent method of achieving efficient operations.

The author of the article suggests, after giving some consideration to the recent economic crisis and events in Japan, some manufacturers may have taken lean too far resulting in insufficient inventories. Although this may be true, I would not blame lean manufacturing for the lack of inventory relative to demand. During the recession businesses did what they could to generate or conserve cash and reducing inventory seemed to be a no-brainer. As the economy started to turn, many businesses still did not have enough confidence in the marketplace and production was limited to order volumes. Initially, there was sufficient inventory to meet delivery requirements. However, once inventories were substantially reduced, shortages began to arise and production stoppages began to occur.

For example, a colleague of mine is currently in the market for a new car. He had been looking at several manufacturers when he decided he was going to purchase an Audi. One recent Saturday he went to a local dealership to purchase an automobile and to his surprise was greeted by a dejected salesman telling him they did not have the particular model in stock, and in fact, he will have to wait two or three months to be able to purchase a 2012 model. The shortage was caused by the company’s decision to cut production in 2009 after the economic meltdown, but as the economy began to turn and the momentum continued into 2010, they were unable to meet rebounding demand, and apparently are still scrambling to replenish inventory. In my opinion, the shortage is not a function of utilizing lean principles but rather, Audi trying to maximize cash flow without a sufficient buffer to support an uptick in demand.

Taking lean manufacturing to the extreme may leave a company vulnerable to significant changes in business conditions; therefore, a balance must be struck. Certainly a business, particularly during troubling times, can become obsessed with reducing inventories. However, when appropriately implemented, lean is far more than a tool to reduce one’s investment in inventory.  It is a commitment to continuous process improvement and reducing cycle times, allowing a company to respond more quickly to inevitable bumps in the road and the occasional black swan.  “Black Swan,” a term coined by Nassim Nicholas Taleb as title for his book “The Black Swan” is the disruptive nature of radically unforeseen events, (like the recession and events in Japan) rare though they may be, nonetheless do occur and, when they do, they most often have incredibly far reaching consequences. Given that you can’t, by definition, predict a Black Swan event, the ability to respond when one occurs can mean the difference between a bump in the road and disaster. Responsiveness allows one to mitigate the impact of a negative event and can position one to reap the benefits in the case of a positive Black Swan event.

While nothing replaces perfect knowledge, lean is an important tool to help mitigate the impact of imperfect foresight. Similar to forecasting the weather, if a business can shorten lead times from six weeks to two weeks they will gain a more accurate read on market demand and build-up or draw-down inventory accordingly.

Clearly we can learn from these past events and keep in mind things in this world do not always go as planned and “Black Swans,” whether they be recessions, political or currency risks, power-grid blackouts, natural disasters, or equipment breakdowns will assuredly occur and companies employing lean principles need to create a sufficient buffer to help mitigate the impact of these unforeseen events. Managers should focus on balancing the costs of keeping slightly higher inventories with the risk of pure “just-in-time” production to ensure minimal disruption to production and customer retention allowing their businesses to not only be lean but agile.