Growth Is Good…Except When It’s Bad 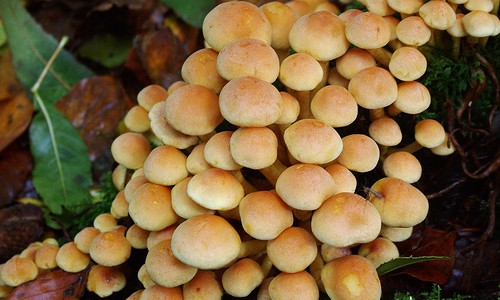 MCM Capital Partners previously owned a substantial equity interest in Amrep, a $110 million specialty chemical company, specializing in liquid and aerosolized janitorial cleaning, industrial and automotive maintenance chemicals. The Company had grown; principally from a strategic add on acquisition, from $48 million at the time of our acquisition in 1999 to $106 million in 2002 with manufacturing facilities in Atlanta (aerosols) and Dallas (liquids).  The Board, including yours truly, was pushing management to find avenues of continued sales growth. In 2003, Amrep was approached by a large distribution organization seeking a partner to acquire its in house liquid janitorial chemical line, approximately 400 SKUs, and enter into a long-term private label supply agreement with annual estimated revenue of $10-12 million.

Making this opportunity particularly intriguing, at least as represented by the incumbent CEO, Amrep had sufficient excess capacity at its liquid chemical facility in Texas to absorb the incremental volume and thus the operating leverage should make our existing production that much more profitable. Amrep’s CEO never met an unattractive potential customer or sales opportunity, thus we grilled him on the gross margins built into Amrep’s bid and the overlap in formulations being acquired. We received assurances our pricing was at full margin and management would standardize on functionally similar “best in breed” formulations. Sounded like a winner to me.

Subsequent to “winning” (no reference to Charlie Sheen) this business, Amrep began moving production of the line to our Dallas facility. Much to our surprise and disappointment, management informed us a significant portion of the acquired formulations, which we committed to maintain, could not run on existing equipment. This necessitated a $1 million capital investment. However, this was a one-time expenditure and a relatively small price to pay for incremental business forecasted to contribute over $2 million in incremental EBITDA.

By mid-2003, Amrep made the necessary investments and began supplying the product. Disconcertingly, although revenue increased to $112 million, Amrep’s EBITDA dropped from $8 million in 2002 to $6 million in 2003 and customer service suffered. The board was reassured the drop in profitability and service levels was temporary and attributable to the “learning curve” which assuredly was now behind the Company. In 2004 revenue hit $120 million but EBITDA dropped further to $5 million and service levels remained subpar, while inventories increased by $2 million.

So what was undermining this seemingly golden opportunity? To steal a phrase from John Mariotti, current MCM Board of Advisor and former Amrep board member, the company was afflicted with a Complexity Crisis caused by too many products and custom packaging configurations to effectively manage. The complexity incurred by absorbing this product line materially increased:

In late 2004, we named a new CEO, Joe Seladi (formerly the company’s CFO). Joe focused on driving out complexity and its attendant costs by reviewing the attractiveness of its customers, using an ingeniously simple metric you will not find in a management accounting text, Customer Profitability Per Configuration. The logic behind this metric is the greater the number of unique product configurations required to service a particular customer, the higher the “complexity expense”. Simply reviewing gross margins by customer does not capture the challenges and expense of serving a high margin customer that requires a relatively high number of unique products, nor conversely, does it acknowledge the benefits of a lower margin customer needing relatively few configurations.

This analysis led management to take drastic action, eliminating approximately 30% of Amrep’s custom configurations (i.e., a combination of off standard packaging and/or unique formulations), increase certain prices and revise freight policies. This resulted in the (intentional) loss of a number of unprofitable customers, including most of the acquired private label line described above.

Thanks to superb management execution, in 2009, despite the U.S. recession, Amrep realized $106 million in revenues (down from a peak of $125 million) and generated a record $11.2 million in EBITDA, facilitating our successful exit in January 2010.

As an interesting side note, a couple of years ago I reviewed a memorandum on a specialty chemical company which inherited the aforementioned customer. Would you like to guess what happened to their profitability? You only get one guess!