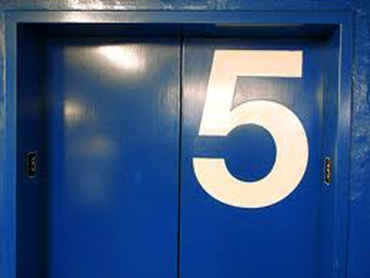 Ten years ago, Jim Collins released Good to Great: Why Some Companies Make the Leap…and Others Don’t. In developing his thesis, Collins and his research team identified a group of companies which went through transformational periods and made the leap from mediocrity to sustained long term superiority lasting at least 15 years. This group of companies went on to generate cumulative stock returns in excess of seven times the general stock market averages. Collins and his research team contrasted the attributes of those companies with a select group successful companies which didn’t make the leap from good to great. Through that comparison, they identified certain key attributes of those businesses possessing enduring greatness, the foundation of which they discovered and coined was level 5 leadership.

A truly great business must have an enduring “moat” that protects excellent returns on invested capital. The dynamics of capitalism guarantee that competitors will repeatedly assault any business “castle” that is earning high returns. Therefore a formidable barrier such as a company’s being the low cost producer (GEICO, Costco) or possessing a powerful world-wide brand (Coca-Cola, Gillette, American Express) is essential for sustained success. Business history is filled with “Roman Candles,” companies whose moats proved illusory and were soon crossed.

Additionally, this criterion eliminates the business whose success depends on having a great manager. Of course, a terrific CEO is a huge asset for any enterprise, and at Berkshire we have an abundance of these managers. Their abilities have created billions of dollars of value that would never have materialized if typical CEOs had been running their businesses.

But if a business requires a superstar to produce great results, the business itself cannot be deemed great. A medical partnership led by your area’s premier brain surgeon may enjoy outsized and growing earnings, but that tells little about its future. The partnership’s moat will go when the surgeon goes. You can count, though, on the moat of the Mayo Clinic to endure, even though you can’t name its CEO.

Buffet’s comparison of the Mayo Clinic versus the superstar surgeon’s medical partnership is an excellent study in contrast of the institutionalization of enduring greatness. In laying the leadership foundation for great companies, Collins framed a 5 level leadership hierarchy and the thesis that enduringly great companies were at one point led by level 5 leaders. According to Collins, Level 5 leadership represents the paradoxical ability of a leader to exhibit both unwavering professional will and personal humility. Interestingly, level 5 leaders are the opposite of level 4 leaders and that difference is highlighted by what each leaves behind. Level 4 leaders are characterized by individuals with rock star like egos who create organizations that are dependent on them to succeed and when they leave, so does their company’s success. Level 4 leaders are quick to take credit for success and place blame for failure. For level 5 leaders, success is about the organization, its mission and culture. They have no interest in fame or taking credit, rather their satisfaction comes from internal gratification, not from public recognition. In comparison to the I-centric level 4 leadership style, the we-centric level 5 leaders build trust, purpose, surround themselves with talent, are mindful of succession, and subjugate their egos to the goals of building a great business with a culture which will endure long after they have departed. In addition, I believe Level 5 leaders also possess an insatiable intellectual curiosity and are life-long learners. Level 5 leaders are quick to attribute success to others and failure to themselves. For decades Warren Buffet annual communiqué’s have demonstrated his level 5 leadership traits and Berkshire Hathaway’s enduring greatness.

In contrast to most annual reports, Buffet’s Chairman’s message offers great transparency into Berkshire’s diverse businesses and its leaders’ thought process. In a refreshing way, Buffet is always quick to praise his key managers for Berkshire’s success and to personally take blame for the company’s shortcomings. Berkshire Hathaway’s 2010 annual report was released on March 1st and as in years past, the latest edition was a great read. On the acquisition front, the report demonstrated Buffet’s investing brilliance with Berkshire’s $34 billion acquisition of Burlington Northern Santa Fe. In contrast to many analysts suggesting a deal making hiatus, Mr. Buffet foreshadowed his next major deal by writing ‘Our elephant gun has been reloaded and my trigger finger is getting itchy.”

Perhaps the most interesting aspect of Berkshire Hathaway’s 2010 annual report had nothing to do with investing or current corporate performance but rather in the message he delivered on what he believes is Berkshire’s largest intangible asset, its people and its culture. This message was both timely and profound as was the inclusion of his biannual memo sent to the CEO’s of the Berkshire Hathaway portfolio companies.

Excerpts from the Chairman’s Message:

First, we possess a cadre of truly skilled managers who have an unusual commitment to their own operations and to Berkshire. Many of our CEOs are independently wealthy and work only because they love what they do. They are volunteers, not mercenaries. Because no one can offer them a job they would enjoy more, they can’t be lured away. ……

…Our trust is in people rather than process. A “hire well, manage little” code suits both them and me. Berkshire’s CEOs come in many forms. Some have MBAs; others never finished college. Some use budgets and are by-the-book types; others operate by the seat of their pants. Our team resembles a baseball squad composed of all-stars having vastly different batting styles. Changes in our line-up are seldom required.

Our final advantage is the hard-to-duplicate culture that permeates Berkshire. And in businesses, culture counts. To start with, the directors who represent you think and act like owners……directors and their families own Berkshire shares worth more than $3 billion. Our directors, therefore, monitor Berkshire’s actions and results with keen interest and an owner’s eye….. This same owner-orientation prevails among our managers. In many cases, these are people who have sought out Berkshire as an acquirer for a business that they and their families have long owned. They came to us with an owner’s mindset, and we provide an environment that encourages them to retain it. Having managers who love their businesses is no small advantage. … Our compensation programs, our annual meeting and even our annual reports are all designed with an eye to reinforcing the Berkshire culture, and making it one that will repel and expel managers of a different bent. This culture grows stronger every year, and it will remain intact long after Charlie and I have left the scene.

Excerpts from the Memo to Management

As I’ve said in these memos for more than 25 years: “We can afford to lose money – even a lot of money. But we can’t afford to lose reputation – even a shred of reputation.” We must continue to measure every act against not only what is legal but also what we would be happy to have written about on the front page of a national newspaper in an article written by an unfriendly but intelligent reporter.

Sometimes your associates will say “Everybody else is doing it.” This rationale is almost always a bad one if it is the main justification for a business action. It is totally unacceptable when evaluating a moral decision. Whenever somebody offers that phrase as a rationale, in effect they are saying that they can’t come up with a good reason. If anyone gives this explanation, tell them to try using it with a reporter or a judge and see how far it gets them.”

Within two weeks of releasing the annual report, Berkshire Hathaway announced it had bagged its next elephant with the agreement to purchase Cleveland, Ohio based Lubrizol Corporation. By all measures Lubrizol appeared a perfect match for Berkshire Hathaway’s acquisition criteria. It’s a large and growing global leader; produces engineered niche products dominant in the industries it serves; generates a 35% return on capital employed; has a strong management team; and was able to be purchased at a reasonable price.

Unfortunately, soon after the acquisition announcement Berkshire Hathaway issued a press release regarding the resignation of a key executive. Following the resignation, SEC filings documented the individual’s earlier purchases of Lubrizol stock. While likely not in violation of securities law, his actions were inconsistent with Berkshire Hathaway’s guiding principles and were clearly those of a level 4 leader. Accordingly, the company reacted promptly and consistently with the message on moral behavior Buffet had recited only several weeks earlier.

Following the resignation announcement, the financial press was filled with articles, blogs, and journalist’s opinions as to the impact of the loss of this key manager, management succession and even Berkshire Hathaway’s long term viability post Buffett. Rest assured, the departure of one of Buffets key lieutenants from the company will have no impact on the enduring greatness of Berkshire Hathaway. The company’s culture has been methodically cultivated over the past 60 years and like the Mayo Clinic, the Berkshire Hathaway Juggernaut will endure beyond the tenure of its current leadership – parked on level 5.