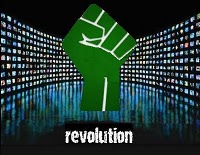 Over the past few years, much has been written on the impact of the internet and social networking websites as a medium for business development and their impact on the globalization of the world economies. Interestingly, the social media sites have been highlighted for their role in geopolitical developments in the Middle East. As a sign of the times, the CIA has been criticized for not being “followers” on Facebook and Twitter and therefore failing to capitalize on the information those sites could have provided in predicting the recent turmoil. When the unrest in Cairo began to fester, President Barack Obama allegedly told National Intelligence Director James Clapper that he was “disappointed with the intelligence community” and its failure to predict the unrest that led to ousting the Tunisian President. Separately, Senate Intelligence Committee Chair Feinstein stated, “I have doubts whether the intelligence community lived up to its obligation in this area.” In defense, CIA Director Panetta has appropriately reflected, “The process of collecting and analyzing intelligence is comparable to predicting an earthquake, people can tell you where the tremors are, they can tell you where the fault lines are, they can tell you the threat of something happening is close, but they can’t tell you exactly when the earthquake will take place.” (His comments seem almost prophetic after what happened in Japan) The business of predicting political change is a lot like predicting the turning points in an economic cycle.

Despite having all of the intelligence available, predicting the recent events in the Middle East is akin to predicting, beyond directional accuracy, the course of the economic recovery, future interest rates, or the outbreak and spread of the H1N1 Flu virus. The challenge in all forecasting is the unpredictability of black swans and human behavior. As an economics professor once told our class, “If you’re in the business of economic forecasting give a number or a date but never both”.

In considering the challenge of forecasting the course of future events be they economic or political, Ken Adelman, a long time Washington insider, has proffered, “There’s a mega-distinction between a mystery and a secret. Mysteries are inherently uncertain, not factual at all, often because they’re uncertain to the actors themselves.” Who could predict with certainty the response of Mubarak, Ben Ali or Quadafi to the uprising of their populations? Who can predict the impact this will have on the economy?

Paraphrasing Adelman, In contrast to mysteries are secrets, which are facts hidden but knowable with the right sources or detection. Secrets are knowable facts and are vital to reaching conclusions on possible outcomes. But there are facts, and there are facts. Some are uncertain; others fuzzy; and many contradictory. Accordingly, while facts were gathered about the growing social unrest in Tunisia, Egypt, Libya and other Middle Eastern countries, the final outcome was and continues to be a mystery as was the speed of the contagion and the extent to which it has and will spread. Clearly, while not the cause of the contagion (blame poverty, unemployment, social injustice etc.), the speed of the outbreak was facilitated by a disruptive innovation: the digitization of knowledge and social networks. The internet, cell phones, text messaging, twitter, and Facebook have had a profound impact on both business and the politics in the Middle East. Indeed, technology has enabled both the broad distribution of knowledge and expansive social networks to the extent never before seen in world history. The combination of both has facilitated global commerce, allowed small companies to look big, and liberated populations to challenge their entrenched governments. While these facts are known, how these entrenched leaders choose to respond and how far the virus propagates remains a mystery.

The history books are peppered with earlier disruptive technologies. Turning the clock back to 1454, Johann Guttenberg developed the first printing press which transformed the spread of knowledge and facilitated the flow of information to the mass populous. Prior to its invention, most societies relied on word of mouth and folk knowledge handed down from generation to generation. Religious leaders and monarchs controlled the information to shape societal beliefs. With the increasing availability of printed materials and improving literacy, knowledge grew among the masses as did the availability of dissenting opinions which gave rise to the Reformation movement. What was true then is true today, the spread of knowledge is a constant threat to those in power and the notion of censorship immediately followed the first printed document. In 1475, the University of Cologne required licenses for publications and punished those producing unauthorized material.

Fast forward three hundred years to 1775 when a young boy working a livery stable in Boston overheard a British Officer quip “….there will be hell to pay tomorrow”. The boy promptly hurried over to Paul Revere’s shop and told him what he had heard. Revere had received other intelligence (facts) of unusual activities of the British soldiers. After synthesizing the intelligence, Revere concluded the threat was real and set off to cover as much ground as possible to spread the word. The news spread like a virus through the communities as those informed set off on horseback to contact individuals in their networks to prepare for the battle. Allegedly, Revere’s ride led to an additional 40 riders out spreading the news during that evening. When the Redcoats began their march toward Lexington the following morning, they faced an organized militia and were soundly defeated. Revere’s ride is perhaps the most widely recounted example of a word-of-mouth viral network and the 1 rider becoming 40 riders is an example of what is referred to as a power curve or geometric progression, the ability of a small cause giving rise to a large effect.

Skipping ahead approximately 225 years, the digital revolution has amplified Guttenberg’s dissemination of knowledge and married it with a Revere-like network power curve on steroids capable of covering the globe in a nanosecond. With the digital backbone, one can understand the almost light speed groundswell of the masses. Moreover, with so many channels of dissemination, censorship is difficult to accomplish. Entrenched leaders will either step away or use force to squelch the uprising. Like many social phenomena, political upheaval is like an epidemic and spread as viruses do. In The Tipping Point, Malcolm Gladwell provides a great read on viral like nature of social phenomenon. As he articulates, viral like patterns have three key attributes: contagiousness (mass discontent); the fact that little causes can have big effects (power curves: 1 becomes 40 giving rise to an organized militia in 1775; and 1 becomes millions giving rise to revolt throughout the Middle East in 2011); and change happens not gradually but in one dramatic moment. The social revolution in the Middle East looks viral to me and the US is in a precarious position. Do we support the uprising in Libya and work with Saudi’s to squelch it?

Most epidemic outbreaks rise and fall rapidly. I hope this is the case here, as was discussed in our previous blog post, there are big implications for the US economy.