Home Education Blog Legislation And The Law Of Unintended Consequences

Legislation And The Law Of Unintended Consequences 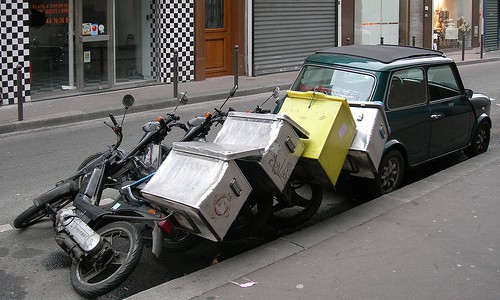 As I struggled with insomnia a few weeks ago, sweating out where the economy was headed, the new carried interest tax proposals, and the Dodd-Frank (aka Fin-Reg) bill, I dreamt I heard Barney Frank’s voice quip “Fannie May and Freddie Mac are not in a financial crisis…..The more people exaggerate these problems, the more pressure there is on these companies, the less we will see in terms of affordable housing”.  Indeed, it wasn’t a dream, but rather excerpts from Mr. Frank’s 2003 testimony on the subject matter airing on a TV talk show.  My guess is it wasn’t CNN.

Unfortunately, as I sit here today, the same type of well-intentioned but misguided policy initiatives designed to help make housing affordable, are now being championed by legislators to ensure there isn’t a repeat of this last financial crisis.  Curbing Systemic Risk  is arguably desirable, but I think we are confused as to what activities pose Systemic Risk.  Wayne Gretzky has a well-known quote regarding his hockey prowess “I skate to where the puck is going to be, not where it has been.” I recognize hindsight is 20/20, but unfortunately legislators tend to focus on where the puck has been and not where it is going.  For example, think of Sarbanes Oxley, which in essence was an attempt to legislate ethical behavior by strengthening corporate accounting controls defines the law of unintended consequences.   The act neither prevents frauds nor institutes fairness.  Instead, it places U.S. corporations at a competitive disadvantage with foreign firms by materially increasing the compliance cost for smaller public companies providing an incentive to deregister and avoid US stock exchanges.  According to a study by a researcher at the Wharton Business School, the number of American companies deregistering from public stock exchanges nearly tripled during the year after Sarbanes–Oxley became law, while the New York Stock Exchange had only 10 new foreign listings in all of 2004.

Likewise today, legislators are skating to where the puck has been.  Anyone familiar with financial markets and instruments can distinguish the risks inherent in large scale opaque securitizations and derivatives posing “Systemic Risk” versus private equity which by dollar value is trivial in comparison and doesn’t have the maze of counter-party risk.  Yet proposed legislation looks to re-write tax code regarding profits interests for limited partnerships which has existed in its current form for the past 50 years instead of focusing on the real drivers of “The Great Recession.”

In fact, in thinking about congressional policy initiatives, the genesis of the latest financial crisis can be traced to legislative intervention in the housing market during the 1990s. As articulated by Messrs. Coloromis and Wilson in the WSJ and summarized below, in 1992 Congress began directing Fannie Mae and Freddie Mac to purchase huge sums of low income mortgages.  By 1995 the government sponsored enterprises (GSEs) were being given specific directives by HUD as to what percentages of their budgets were to be allocated towards purchasing sub-prime mortgages.  The amount of government controlled money being directed to sub-prime grew annually.  The Community Reinvestment Act revision in 1995 furthered this process.  Banks and lenders were directed to dramatically increase their sub-prime lending.  Rules regarding the securitization of such debt were amended allowing Wall Street to compete for the sale of securitized mortgage pools.  This securitization mechanism facilitated the flow of massive amounts of capital into sub-prime mortgages.

Following the accounting scandals which surfaced during the early 1990’s, Fannie Mae and Freddie Mac fell under Federal Reserve and CBO scrutiny and despite their GSE advantaged borrowing rates concluded they did not significantly reduce mortgage interest rates.  So what was their value proposition? Affordable housing!  Beginning in 2004, their portfolios of sub-prime and Alt-A loans and securities began to grow. Sub-prime and Alt-A originations in the U.S. rose from less than 8% of all mortgages in 2003 to over 20% in 2006. During this period the quality of sub-prime loans also declined indicating that originators were scraping the bottom of the barrel to find product for buyers like the GSEs.  Fannie Mae and Freddie Mac became the largest buyers of sub-prime and Alt-A mortgages between 2004 and 2007, with total GSE exposure eventually exceeding $1 trillion. In doing so, they stimulated the growth of the sub-prime mortgage market and substantially magnified the cost of its collapse.  For those so inclined, there is a wonderful website The Affordable Mortgage Depression which provides some interesting insights.  But enough about past legislative initiatives, let’s focus on where the puck should be going.

No doubt, there needs to be governor placed on activities posing significant systemic risk, but isn’t it appropriate to first define the problem and then address those activities which pose real risk, in a more surgical manner? Moreover, Legislators should be focusing on policies which encourage economic development in the private sector.  The backbone of the economy is small business, many of which are organized as pass through tax entities.  Allowing personal income tax rates to rise is burdensome on small businesses.  Mandating health care coverage for all US Citizens is burdensome to small businesses.  Precluding banks from investing in private equity funds is burdensome to small PE firms and consequently diminishes the facilitation of wealth transfer of aging entrepreneurs seeking to monetize the value of their businesses.  If the United States is going to return to prosperity, small business needs to be allowed to thrive and drive capital allocation decisions, not the government.  Lets hope Legislators sharpen their skates and sharpen them fast.