The hotly debated Dodd-Frank financial regulatory reform bill (“Fin Reg”) finally became law on July 21st representing a complete paradigm shift in the American financial regulatory environment.  The Wall Street Journal called it “the most sweeping overhaul of U.S. financial-market regulations since the Great Depression.” The bill itself was, a back breaking, mind bending, 2,300 pages in length directing regulators to create 533 new rules, while also creating another new federal agency, the “Consumer Financial Protection Bureau“.  Doesn’t big government give you that warm and fuzzy feeling?…ahh but that is a blog for another day.   Not having the time nor inclination to absorb the bill in its entirety (does anyone?) I would like to focus on the Volcker Rule.  In essence, the Volcker Rule is aimed at prohibiting Federally regulated banks from engaging in “proprietary trading” (e.g., trading where the bank is the primary risk taker and potential beneficiary) of “speculative investments” (e.g., stocks, bonds, derivatives, investments in hedge funds, private equity funds and real estate).  The version of the Volcker rule included in Fin Reg requires Federally regulated banks to limit their respective investments in such activities to 3% of their Tier 1 Capital and owning no more than 3% of a Private Equity or Hedge fund.  If that were not restrictive enough, the bill prohibits banks holding companies from making outright passive investments in Private Equity funds.  In theory, this will prevent banks from engaging in what our sitting legislatures deem excessively risky behavior and thereby reducing the likelihood of another financial crisis. 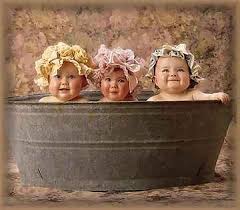 Are we throwing out the baby with the bathwater? As the founding partner of MCM Capital, a micro-cap leverage buyout fund, I am admittedly biased.  However, I cannot name a regulated bank whose solvency was jeapordized by poorly performing investments in leveraged buyout funds or whose capital has been impaired by absorbing losses from captive buyout operations.  On the contrary, speaking from personal experience, these activities can diversify income streams for banks.  Since our formation in 1992, MCM has maintained a mutually beneficial relationship with several Federally regulated financial institutions including Key Bank, PNC (formerly National City Bank), Fifth Third Bank and US Bank.  During this time we have generated diverse profit streams for our bank partners by:

I am not so egotistical to think MCM is an isolated example of the benefits Federally regulated banks have derived from similar Private Equity relationships and their in house operations.  Although I do not have empirical information to quote, anecdotely, it is my understanding that National City Equity Partners and Key Principal Partners have a long history of generating outstanding return on investment and hence have received on going equity committments from their respective bank holding company parents.  Unfortunately, Fin Reg will largely emasculate Federally regulated banks ability to engage in these types of activities thereby materially affecting their income streams.  With 2,300 pages of legislative handiwork, there are bound to be far reaching consequences, hopefully some will be healthy.  However, I speculate one unintended consequence will be to drive up the cost of borrowing and other mainstream services as banks attempt to replace lost income streams from their PE related investments.  Ironically, this legislation will make banks more reliant on the performance of a narrower product offering arguably increasing the risk of bank failures.  Fin Reg provides the Federal Reserve 2 years to craft final language and an extended period for banks to comply with new rules, thus Fin Reg will play out over an extended period of time and undoubtedly undergoe further revisions.

In your opinion is this legislation good, bad, or too complex for anyone to venture a guess? Let me know in the comments.